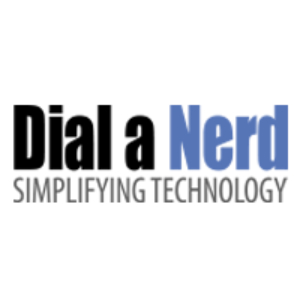 This is how to schedule your workday to get the most done. By Gwen Moran.

Gwen Moran writes about business, money and assorted other topics for leading publications and websites. She was named a Small Business Influencer Awards Top 100 Champion in 2015, 2014, and 2012 and is the co-author of The Complete Idiot’s Guide to Business Plans (Alpha, 2010), and several other books.

A few years ago, my to-do list was an endless source of frustration. At the end of every day, it seemed like it had more items on it than when I started. I never seemed to get it all done.

So, in an effort to understand what was going on, I began to track how I was spending my time and saw some interesting patterns emerge. As I learned more, I started applying a productivity-changing principle to my daily “get it done” list: time-blocking.

Time-blocking is essentially organizing your day in a series of time slots. Instead of writing a list of tasks that take as long as they take, with a time-blocked approach, each of these time periods is devoted to a task or tasks. It immediately lets you see where you’re being unrealistic about your time and keep yourself focused on what you’re supposed to be doing.

Giving every hour a job typically lets you make much more efficient use of your time, says Georgetown University professor Cal Newport, author of Deep Work: Rules for Focused Success in a Distracted World. “This follows because it allows you to schedule work for the time where it makes the most sense—batching together small things, tackling hard things when you have the long stretches to make progress, and so on. The other advantage is that it provides you more accurate feedback on how much free time you actually have most days and how long certain recurring tasks actually take,” he says.

Organizing your day through time blocks instead of to-dos makes sense because of the discipline and order it applies to your tasks, says time management expert Kevin Kruse, author of 15 Secrets Successful People Know About Time Management. Research by productivity blog I Done This found that 41% of to-do list items are never completed. In Kruse’s own research he says the high-performers he interviewed never talked about their “to-do lists,” but instead talked about their calendars and how they were organized.

Organizing your time instead of your tasks also has psychological benefits, Kruse says. There is also a psychological reason why time-blocking makes more sense. In what is known as the Zeigarnik effect, which basically states that we remember what we haven’t done better than what we have done, and uncompleted tasks weigh on us. “This can lead to stress and insomnia. However, when we have all of our tasks placed into a specific date, time, and duration, we sleep more soundly knowing everything that needs to get done is in its place,” Kruse says.

So, if you’re ready to give it a shot, pull out your calendar and keep these tips in mind.

Before you start slotting in tasks every 30 minutes or hour, think about how your energy and work both flow, says business strategist David Horsager, CEO of the Trust Edge Leadership Institute, and an avid time-blocker. Are there work cycles that could affect how much uninterrupted time you will have? And what times of day do you have the most energy or are best suited to do the tasks you need to do?

For example, if you know that Fridays are typically very busy in your office, you might want to allow more slack in your schedule than you ordinarily would. Also, if you know you hit an afternoon slump at 3 p.m., don’t schedule work where you’re going to need deep focus or creativity, as you’re likely to come up short, he says. Look at the times of day when you’re at your best and least likely to be disturbed and, as much as you can, plan your work accordingly.

“Don’t schedule a hard task in a time of day where you typically lag, and don’t schedule a big task in a small amount of time. Wishful thinking can’t change the reality of your schedule,” Newport adds.

“We chronically underestimate how long things will take,” Kruse says. So, we are constantly running over our time allocations and not getting to the things we have on our schedule. Kruse suggests including time-block buffer zones. In other words, add one to three 30-minute blocks of time so if you run over, you can bump another appointment into the buffer zone. And if you are on schedule, you can use that buffer time to think and recharge, or to get a jump on another event, Kruse says. If you’re chronically running late, revisit the amount of time you’re devoting to your tasks.

You can be pretty sure that, as you’re being so productive in your time blocks, interruptions will try to take their toll, Horsager says. Do your best to eliminate them by turning off push notifications and, if possible, turning off your phone and letting calls go to voicemail. “I keep a stack of Post-it notes nearby so when I think of something else that needs to be done, I just jot it down so I remember it, then keep working on what I’m doing,” he says. He and his team also integrate a “power hour”—which is actually a “power 90 minutes”—where employees can focus on their work with no meetings and minimal interruptions, he says.

“People’s biggest misconception with time-blocking their day is that the goal is to stick with the schedule no matter what,” Newport says. A better ways is to rework your time blocks throughout the day as circumstances change. The goal is to make sure they you always have an intentional plan for the time that remains in the workday, he adds.